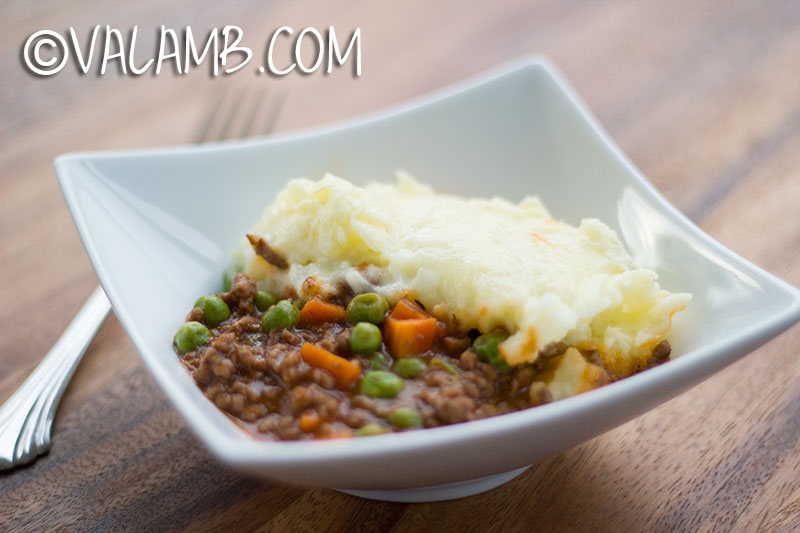 I stopped by my father-in-law’s house the other day to check in and see if the lambs were still getting in the yard. Between the lambs and baby goats this year, keeping the yard off limits has been a major struggle. It could be that the manicured lawn and ornamental flowers are beckoning beyond restraint. Or maybe, like most kids, they just can’t resist the urge to jump over the cattle guard or sneak under the fence and since they are already there, have a taste. At any rate, it appears that they are doing less damage to our grandmother’s gardens. 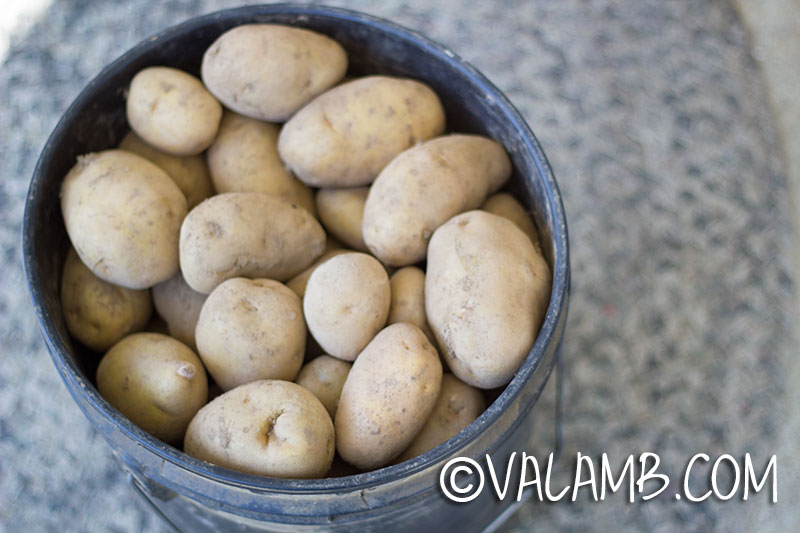 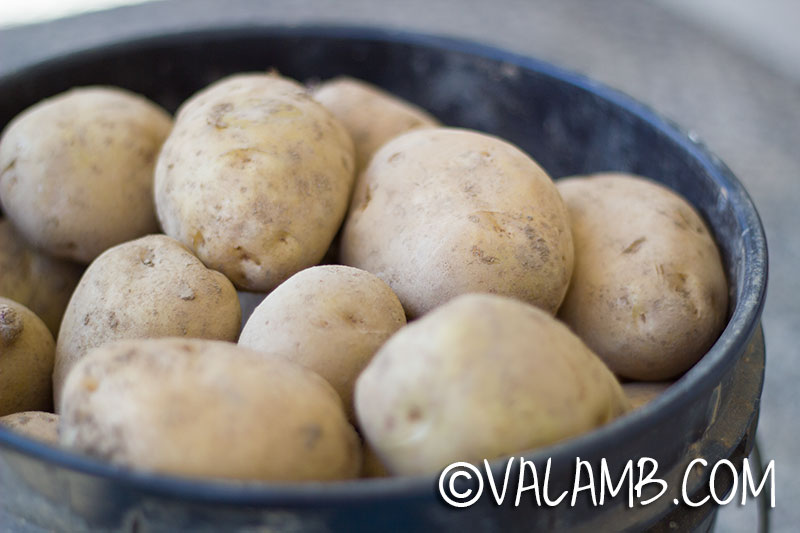 While talking to Farmer Dave, I couldn’t help but notice the two five gallon buckets of potatoes sitting on the kitchen floor still sporting dirt from being freshly dug. Being one who marvels at all the varieties of heirloom vegetables, I am sure my face lit up as I asked him more about them. They were Kennebec potatoes, a variety of white potato developed in Maine, great for boiling and baking. And, in his words, the potato all serious ole time gardeners from around here grow. Turns out they are a hard potato, one that stores exceptionally well, a huge plus for those who grow their own food.

I batted my eyelashes once or twice to signal that I was once again wanting access to one of Dad’s friends, being that he is one of the “ole timers from around here” and even after twenty five years, I am not (uh-hmm, from here). He quickly caved and gave up his source. After a quick phone call, I handed Dad a five dollar bill as instructed and he promised he would deliver them the next day. WOW! Five dollars for a whole five gallon bucket of home grown potatoes! They had to weigh close to 30 or 40 pounds. I would have purchased more, had I not been the proud recipient of the very last bucket.

Being raised by a meat-and-potatoes man, then marrying one, I have learned to fix potatoes in numerous ways. I boil them, bake them, and mash them. I make a mean potato cake, herbed home fries and a cheesy au gratin. With football season about to begin, and my never ending hope that fall will be here soon, I thought I would feature my new potatoes in a shepherd’s pie this evening.

A quick distinction: A shepherd is one who watches over a flock of sheep. Thus a Shepherd’s Pie (or sometimes called a Cottage Pie) is always made with ground lamb. I often see recipes online calling for ground beef in a Shepherd’s Pie. Ground beef can be used but then it is traditionally called a Rancher’s Pie. This winter I’ll share my recipe for Rancher’s Pie made with mashed sweet potatoes. 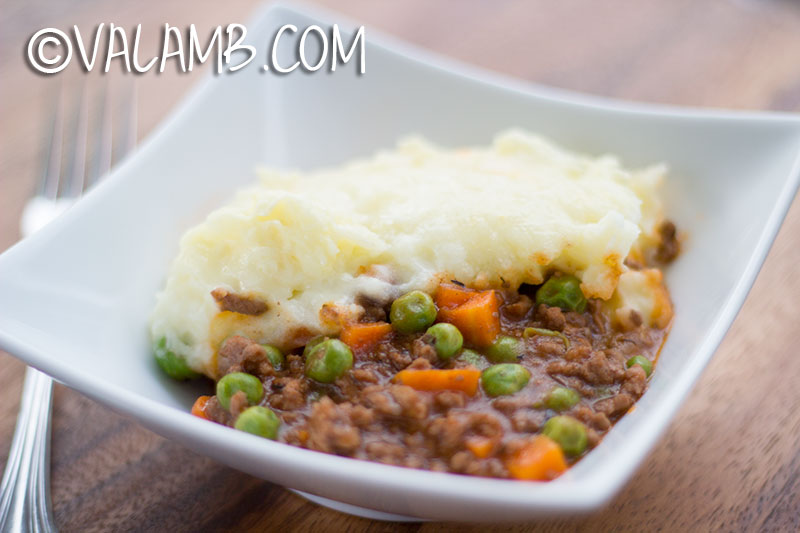