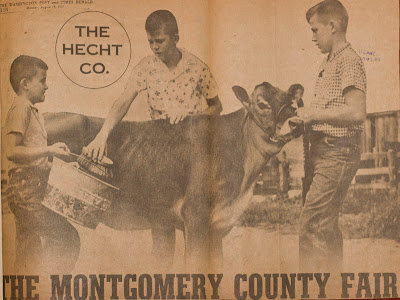 I found this old newspaper clipping of my dad and uncles in a Hecht Company ad in the Washington Post dated 8-19-1957. Left to right, Michael Stiles, Kenneth Stiles, and Dad, Blair Stiles, getting their calf, Playmate, ready for the Montgomery County (MD) Fair. 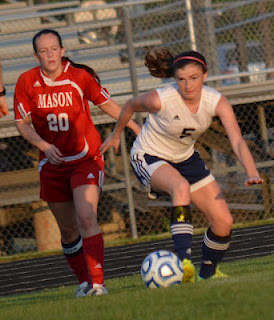